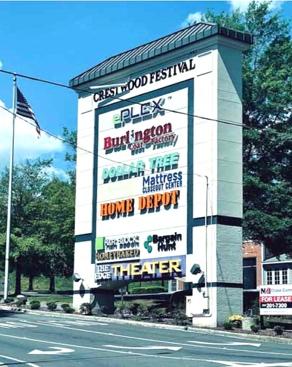 Baltimore-based CityWide Properties acquired the center for $9.38 million. CityWide founder Steve Verstandig said the company plans to invest $1.5 million in capital upgrades on the site over the next year-and-a-half, improving its façade and parking lot, and adding aesthetic touches.

According to the company, Crestwood Festival had 15 vacancies when CityWide took possession last month.

Within a month, three suites had been filled, and the company says it is in “serious talks” with a local grocery chain to occupy about 20,000 square feet of space.

CityWide Properties is a real estate investment and management company owning more than 75 properties in seven states, managing and leasing a total of 2.1 million square feet of retail space.

“CityWide Properties is proud of our record of success in renovating and leasing historic, mixed-use and commercial properties,” Verstandig said in a statement.

New York-based Eastern Union arranged a little more than $7 million in financing for the purchase deal, on a five-year mortgage at a 4.6 percent fixed rate. Marc Tropp, a senior managing director with Eastern Union, arranged the deal.